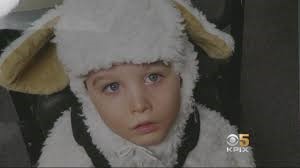 MODESTO (CBS SF) — CBD oil is being hailed a miracle drug for children with severe epilepsy, but under federal law, it’s illegal.

Now, some parents feel caught in the middle.

“It is a miracle.” proclaimed Jennifer Kubisz.

And under federal law, it’s illegal.

That’s because this drug is extracted from marijuana .

The drug that these parents are using to help their sick kids contains a special cannabis compound. It’s called cannabidiol or CBD for short. And it’s found in a formula called Jayden’s Juice.

CBD won’t get you high. And while CBD is legal to use and sell in California, under federal law, since it is derived from marijuana and not from industrial hemp which is protected by the Congressional Farm Act, it is illegal and forbidden.

A panel of judges for the 9th Circuit Court of Appeals heard a lawsuit filed by the U.S Hemp Industry. CBD can also be made from hemp. The DEA published a new rule on cannabis, and created a new code that covers all cannabinoids and marijuana extracts, including CBD .

In the rule, the DEA maintains marijuana and extracts from marijuana including cannabidiol or CBD is a schedule 1 controlled substances: that means CBD is a dangerous drug with no known medical benefit and a high potential for abuse, just like heroin.

The 9th Circuit panel agreed with the DEA and said the new codes were intended to track cannabis in order to meet treaty obligations.

Attorney Robert Hoban who represents the U.S. Hemp Industry felt the ruling was a success for the hemp industry since the court determined hemp products are preempted from the Controlled Substances Act .

But since marijuana is still a schedule 1 drug, so too is CBD that is derived from it.

As an infant, their son Zach was diagnosed with a dangerous form of epilepsy called Infantile Spasm Syndrome.

The doctors said their beloved boy would never walk or talk .They counseled the couple that they should institutionalize their son, and that he would not survive for long .

They tried every drug recommended by their doctor. Nothing worked. Dan saw a documentary about CBD on television and saw parents using Jayden’s Juice with success.

He asked Zach’s neurologist if they could try it on Zach. Since no other drug worked, the specialist gave her blessing.

“He’s walking and he’s talking and he definitely has some developmental issues, but we don’t really have seizures any more,” explained his mother .

For Bernadette Eccleston, the Jayden’s Juice oil changed the life of her 17-year-old autistic son.

“It completely centered him and calmed him, I have never seen my son like that,” she explained.

Kristin Bowker is another mom. She and her husband, a pastor, have three kids.

Her youngest daughter is Bella Grace.

We asked her what Bella meant to her and her husband.

“She means everything,” replied the mom, with tears in her eyes.

At the age of 2 months,  Bella was diagnosed with Aicardi Syndrome, a very severe seizure disorder .

Since she was two months old, she was put on so many sedative and anticonvulsant drugs, she became a little sleeping beauty.

The family moved to California.

“My husband and I packed up and moved from Nevada to California just to be able to access cannabis oil,” said Kristin Bowker.

They started buying Jayden’s Juice and have no regrets .

She is disabled, but recently attended a father-daughter dance hosted by their church.

As an infant, Jayden was diagnosed with Dravet Syndrome, a catastrophic form of epilepsy and autism.

Not a single prescription drug worked.

“I’m giving him 22 pills a day. Not a day without a seizure,” recounted Jayden’s dad.

There was no relief for the little boy, but plenty of side effects .

Jason heard about CBD, got a medical cannabis card for his son, and bought a bottle at a legal dispensary.

“The first day I gave it to him was the first day he went seizure free in 4 1/2 years,” said Jason.

Jason started making his own batches, and posting videos online. Parents from around the world began to contact him. And, the demand for Jayden’s Juice exploded .

“We have patients who fly in from 40 different countries, and we have about 150 from other states we call them medical marijuana refugees. We also have patients from all over California coming in,” he said.

Now, Jayden’s Juice is manufactured at a state-of-the-art facility in Stanislaus County.

Mike has joined forces with Jason.

His son Kase was also diagnosed with a rare seizure-style disorder, that’s so rare it has yet to be named . Kase used to have up to a 1,000 seizures a day. Now he’s off of all pharmaceuticals, except for Jayden’s Juice.

Mike and his wife used to think medical marijuana was a farce. Then they saw how it helped their sick son and they changed their minds.

“My goal is to get medicine into the hands of everybody,” said Mike.

Since the state legalized marijuana for adult recreational use, their sick children can no longer come into any dispensary, even with a cannabis card.

And because of mandatory taxes, prices have jumped 30 percent.

“The cost of Bella’s Medicine is already $1,000 month for the CBD oil,” said Kirsten.

Insurance does not cover CBD. It only covers the legal pharmaceuticals.

But along with Kase, Jayden, Zach and Bella are off almost all prescription medications. They’re making eye contact, laughing, and playing. Bella is no longer just a sleeping beauty.

“It’s been life changing to be able to meet our daughter for the first time,” said Kristin.

A British-based biopharmaceutical company has a CBD oil that was made using CBD from marijuana. The company GW Pharmaceuticals has peer-reviewed, published evidence that the CBD works in children with these severe forms of epilepsy.

An FDA advisory panel looked at evidence and the drug, known as Epidiolex, won a unanimous recommendation from these experts. Now the recommendation is in front of the FDA to approve or not to approve.

If the agency approves this drug, some experts wonder if it will change the DEA’s position that all extracts from marijuana are classified as a Schedule 1 drug.