The CBD Trend Shows No Signs of Slowing, But is it Actually Effective? 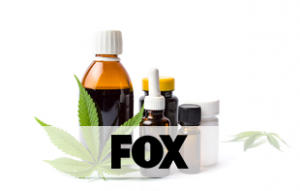 Cannabidiol, better known as CBD, found in creams, drinks and lotions in cannabis dispensaries across California.

It has consumers hoping it may soothe aches, pains and so much more.

“For us, we didn’t have any more options,” Starling Brands/Kase Manufacturing CEO Mike Reynolds said kostenlos phase 10 herunterladen. “My son was suffering from severe epilepsy.”

CBD, in this case, comes from cannabis plants, but unlike THC, it doesn’t get you high.

FOX40 first met Reynolds five years ago when his son Kase was having seizures manuscripts for. He was not even 2 years old and hundreds of seizures a day rattled his little body due to a rare genetic disorder.

They tried every prescription drug available.

“You got to go straight to your doctor, they’re in a white coat, you feel comfortable, they tell you what to do, you go do it amazon prime app download kostenlos. It just didn’t work,” he said.

After much research, they decided to give CBD oil a chance.

“Looked at all of our options and CBD has been incredible for the health of my son and the health of our family,” Reynolds told FOX40.

The drug the Reynolds family depends on can only be found in a dispensary and is regulated by the state.

Many CBD products are made with industrialized hemp and you can find them almost anywhere app videos downloaden facebook.

“There’s so many other people that are just in a money grab, right? It’s like, ‘Here’s my next opportunity, I’m just gonna get this product and push it out,’” Reynolds said.

But, their safety, potency and testing remain unknown.

“There are irresponsible operators out there and we need to make sure that those types are not in this industry and that we’re protecting the best interests of consumers,” Drivon said.

But that’s a bit complicated.

“Seems that the marketplace is a bit ahead of the final set of legal standards that are ultimately going to govern this industry,” Drivon said. “It is in a legal gray area.”

While the U.S. Department of Agriculture has yet to establish regulations, the FDA has implemented some rules radkarten kostenlos downloaden.

The agency banned hemp CBD from being added in drinks and food.

It also cracked down on health promises. None of the products make any health claims and that’s because if they were to do so, they would require approval from the FDA.

“Just because it’s got CBD on it and you decide to rub it on your skin doesn’t mean it will do you any good,” Grant said visio shapes elektro download kostenlos.

Dr. Grant has been studying the possible health benefits of marijuana for decades but he says that studies into all CBD products are unchartered territory.

“It’s completely possible to do it, it just takes time,” he told FOX40. “It may take up to a year to get a study approved.”

With so much work that needs to be done, only time will tell if the CBD craze will lead to real results.

“I think with more awareness, I think you’re gonna get the real science that needs to be there,” Reynolds said.

In California, there’s an Assembly bill that would allow CBD from industrialized hemp to be added to foods ios 11.3. In a matter of weeks, the FDA will consider regulating CDB.